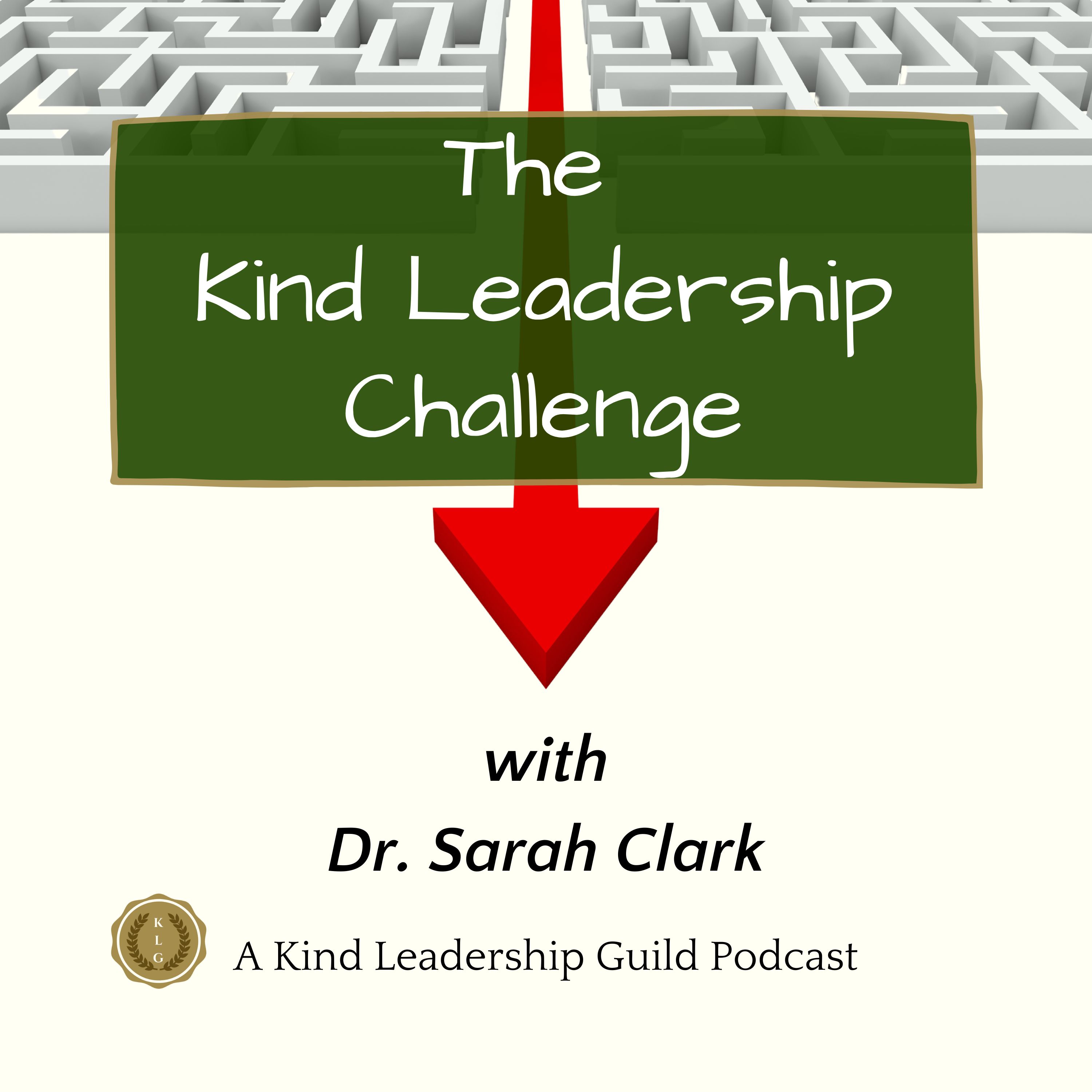 I talk a lot about establishing boundaries in your own leadership practice, and how to use them to protect your team as a whole. And everyone listening to this probably agrees that boundaries are a good thing. But HOW do you set them when asserting your boundaries means saying no to a team member, a community member, or even your boss? Well, today I’ll use a passage from the best selling Mafia novel of all time to walk you through a few steps that will help you learn how to say no well, or even, if you’re very good and a little lucky, talk the other person around to your point of view.

I talk a lot about establishing boundaries in your own leadership practice, and to protect your team as a whole. And everyone listening to this probably agrees that boundaries are a good thing. But HOW to you set them when asserting your boundaries means saying no to a team member, a community member, or even your boss? Well, today I’ll use a passage from the best selling Mafia novel of all time to walk you through a few steps that will help you learn how to say no well, or even, if you’re very good and a little lucky, talk the other person around to your point of view.

Welcome to the Kind Leadership Challenge! I’m Dr. Sarah Clark, founder of the Kind Leadership Guild, where I use my PhD in Higher ed leadership and nearly 2 decades of experience in academic libraries to teach my fellow educational and library leaders how to build a better world without burning out.

Kind Leaders know how to make the tough decisions without becoming jerks. We grow our organizations’ impact without unsustainable workloads. And we’ve learned that when we stop controlling and start collaborating, the impossible becomes effortless. It all sounds pretty simple, but that doesn’t mean it’s easy. So if you’re up for a challenge, stick around for the next 10 minutes as I teach you to part with perfection so your school or library can make your community a more educated and informed place to live, work, and thrive.

When I think about how one can skillfully set boundaries as a leader, I often recall that classic leadership manual—The Godfather by Mario Puzo. Even more so than the movies based on it, the novel works in a surprising amount of solid leadership and management advice between the horse heads and car bombings. And in his own way, I think there’s an argument to be made that Don Vito Corleone practiced something like kind leadership—though that’s a discussion for another episode.

Anyway, toward the end of the book, as Michael Corleone is being mentored to take over for his father Vito as the head of the family, he asks his father to teach him how to say no to people in a way they’ll like. This was the great Don’s response:

“You cannot say 'no' to the people you love, not often. That's the secret. And then when you do, it has to sound like a 'yes'. Or you have to make them say 'no.' You have to take time and trouble.”

Elegantly said, and there’s a lot of truth there. So what does that approach to saying no look like when practiced in an educational or library leadership setting? Let’s parse through Don Vito’s advice bit by bit.

First, The Godfather says, “You cannot say 'no' to the people you love, not often.” It’s one of those paradoxes of power that the more often you say no, the less weight that word carries. Either you are the word too much, which is a classic warning sign of micromanagement, or your nos are being ignored, which is a severe warning sign about someone’s loyalty or trustworthiness (which I would substitute for Vito’s use of the word “love”), that needs to be addressed.

Vito then tells Michael, “When you do say no, it has to sound like a 'yes'. Or you have to make them say 'no.' “ This is a great tactic for when you are dealing with an administrator or boss who is, hopefully unknowingly, asking for something that would be extremely difficult if not impossible for your team to pull off. That’s where you can explain what your team would need in terms of resources to make it happen, and what the tradeoffs and costs would be. And then you can either start negotiating over what would be necessary to make it happen, or you have given them the information they need to come to the decision that it’s not worth it, and as Don Corleone advises, you lead them to say no themselves.

Of course, as the godfather concludes his advice to Michael, that means “you have to take time and trouble.” You can’t have a kneejerk reaction when someone objects to a request or proposes something impossible or ill-advised. Listen to them, understand their motives. Presume positive intent. And then clearly, but firmly, explain what is and isn’t possible. Be willing to continue the conversation as long as it’s productive, but also know that when all else fails, where your hard NO lines are. And make sure they know where those lines are too. But all that said, pick your battles, so that you can build the kinds of trusting, safe relationships with your team and stakeholders that will get you all on the same page, and keep you from having to say no very much in the first place.

So, here’s your challenge. who has been testing your boundaries? Take some time and trouble to game out the situation. Is it time to say no to them? If so, how can you make your no sound like a yes, or even better if possible, how could you guide them to agreeing with you? What might that look like? What angles might work? are they seeing things you aren’t seeing, and if so do they change your perspective? Game it all out, maybe even running off a copy of your mastering challenging conversations checklist to take some notes. If you don’t have the free checklist yet, you can snag it at kindleadershipchallenge.com/conversations.

Oh, and here’s a bonus challenge since we’re coming up to the end of year holidays as this episode comes out, and I hope some of you will be taking time off for winter break. if today’s episode has you considering reading or re-reading the Godfather during the end of year lull, do so! Now, as you might imagine about a fairly gruesome novel written in the 1970s depicting the Mafia of the 1940s and 50s, there’s some pretty racist and sexist passages you should be mentally prepared for, but much of it holds up surprisingly well, like the movies based on it. I’d also suggest paying careful attention to chapter 6. Not only does it depict the buildup to the movie’s famous line “Leave the Gun, Take the Cannoli”, It provides a fascinating little leadership case study in succession planning, mentorship, and effective, um, termination of an insubordinate team member.

Thanks for listening and for taking action to become a kinder leader. If you found this week’s episode insightful, give the show a rating or review—or even better, share this episode with your fellow leaders!  Never doubt that day by day, you’re building a better world, even if you can't see it yet. So until next time, stay kind now.